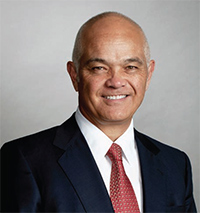 The OPTrust Board of Trustees appointed William Hatanaka to the position of CEO, effective November 19, 2012. Mr. Hatanaka has assumed responsibility for all of OPTrust’s operations.

Mr. Hatanaka has over 30 years of financial services experience, with a strong track record of building high quality, high integrity organizations. In his previous role as Group Head, Wealth Management, TD Bank Financial Group, he was a member of the senior executive team of the Bank with responsibility for building the Bank’s Global Wealth and Asset Management businesses. He has also held senior positions with the Royal Bank of Canada and two independent Canadian brokerage firms.

“We are pleased to have Bill join OPTrust as CEO and look forward to working with him,” said Scott Campbell, Chair of the OPTrust Board of Trustees. “We believe his history of leadership and his expertise in both investments and operations make him the ideal person to lead OPTrust.”

Mr. Hatanaka also has a strong commitment to unifying initiatives in the community, serving on the boards of York University, the Canadian Centre for Diversity and as Advisor to the Japanese Canadian Cultural Centre. He also serves on the board of the TMX and is the past Chair of the Investment Industry Association of Canada (IIAC).

Mr. Hatanaka is a past recipient of York University’s Bryden Alumni Award and was a member of the 1976 Grey Cup Championship winning team, the Ottawa Rough Riders. 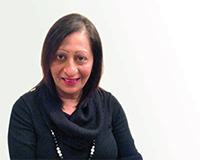 Yasmin took advantage of OPTrust’s Factor 90 early retirement option three years ago following a career as an administrative assistant with the Ministry of Health and Long-Term Care. In that role, she was responsible for organizing large events across the ministry, managing schedules and working with external organizations and health units.

“I do miss work, but you have to decide what you want in life and this is what I chose. I want to do community work,” says Yasmin. “I’ve always been active in my community, having served in different leadership roles at my church and as a sponsored employee for the United Way when I was in the OPS. Now that I’m retired, I have the flexibility to do even more and give back in a number of ways,” she adds.

As an advocate for retirees’ rights, Yasmin is proud of her OPTrust pension and the security it provides to thousands of pensioners just like her. In fact, it is one of the reasons she serves as chair of OPSEU’s Retired Members Division in the Greater Toronto Area.

Re-elected as Region 5 chair in May 2012, Yasmin helps equip retirees with information about their pension and supplementary health benefits, and assists active members in preparing for retirement.

She was a strong union activist during her working years, and today keeps up to date with OPSEU campaigns and events, and lends her voice at committee meetings and the annual convention.

Yasmin also visits a local nursing home a couple of times a week to sit with residents and help out. When her father was a resident at the home, she realized it was a great opportunity to continue visiting and connect with other senior citizens. She’s also a busy grandmother and is currently spending time with her newborn grandson in Vancouver.

“My OPTrust pension fits in very well with my retirement plans and it means a lot to me. I’m proud of the OPSEU Pension Plan and I think every working Canadian should have access to a pension.”

“Before retiring, I attended OPTrust’s Direct Contact sessions to help with my plans. I visit the OPTrust website regularly and of course read the Pension Connection; these resources help me stay connected,” she concludes.

Your annual OPTrust pension increased by 1.9%, effective January 1, 2013. The adjustment is the result of the OPSEU Pension Plan’s inflation protection provision and reflects the rise in the cost of living in Canada.

The full 1.9% increase applies to all OPTrust pensioners who retired in 2011 or earlier. For retirees whose pension started after January 2012, the increase will be pro-rated based on the month the pension started. The annual increase also applies to OPTrust survivor pensions and to the deferred pensions of former and divested OPTrust members.

How much will your pension increase?

To find out how much your own pension will increase in 2013, view your Pensioner Information Change Statement available through secure Online Services or the print version mailed at the end  of January 2013.

For more information on the Consumer Price Index, visit the Statistics Canada website at www.statcan.gc.ca.

New retirees receive their first pension payment in the month following their retirement. So, if you retired on October 31st, you can expect your first payment as an OPTrust pensioner on November 26th.

For your convenience, we offer direct deposit to the financial institution of your choice in Canada and the United States.

* In 2013, OPTrust pensions are paid earlier in February.

Great-West Life will close its Toronto benefit payment office in 2013 and claims will be handled through their London, Ontario office.

This means that you can no longer drop off forms to the Toronto office. Great-West Life will give notice when the London office will begin accepting claims. The mailing address on the claim forms will be changed accordingly.

You can always submit claims online through Great-West Life’s GroupNet service at www.greatwestlife.com.

OPSEU appointed Michael Grimaldi to the OPTrust Board of Trustees in September 2012. 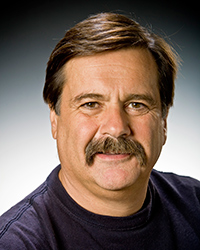 Grimaldi brings 30 years’ experience working in the Ontario Public Service (OPS) and at OPSEU. He started his career as a staff member in the constituency office of a member of the provincial parliament.

In 1991, he joined the Ministry of Labour as a Work Advisor representing injured employees who do not have a union, which is also his current position. During a six year leave of absence from the OPS from 2001 - 2007, Grimaldi served as an Executive Assistant to OPSEU’s former president Leah Casselman. In that role, he built solid relationships working with all public sector pension plans in Ontario, which led him to serve on OPSEU’s Pension Liaison Committee.

He is politically active and a strong advocate for defined benefit and jointly sponsored pension plans. In fall 2012, Grimaldi was involved in negotiating the agreement between OPSEU and the Government of Ontario that established a five-year funding framework for the Plan and exempted OPTrust from the province’s proposed asset pooling for broader public sector pension plans.

He was elected to OPSEU’s Executive Board in 2003 and is the Regional Vice-President for Region 2, OPSEU’s second largest region representing 26,000 members.

Grimaldi holds a Bachelor of Arts degree from the University of Western Ontario.

“I’m really happy to be appointed to the Board of Trustees. It’s crucial for our 84,000 members and retirees to have people who serve on the Board as advocates for public sector pensions. I see that as my role.”

New Chair for OPTrust Board

In November 2012, Scott Campbell was named Chair of OPTrust’s Board of Trustees. Campbell is an experienced not-for-profit governor. He was appointed to the Board by the Government of Ontario in April 2009. He is a member of the TELUS Toronto Community Board, the Cancer Care Ontario Board and he is a past Chair of the Board of Directors of Trillium Health Centre. 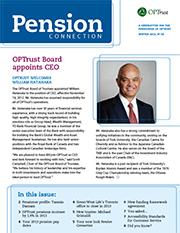 By now, you’ll have noticed Pension Connection is sporting a new look. In December 2012, we shared two designs for Pension Connection and asked you to vote for your favourite in an online poll. Members and pensioners voted for this design, which features bolder colours, but maintains the professional standards you’ve come to expect from OPTrust.

We want to hear from you

Are there topics you want covered in Pension Connection? Do you have a pension story you want to share? We’re always looking for story ideas with information that is relevant to all pensioners. We want to hear from you, send us an e-mail to communications@optrust.com. You may be featured in a future issue of Pension Connection or our annual report.

The OPSEU Pension Plan sponsors – OPSEU and the Government of Ontario – have negotiated an agreement that establishes a funding framework for the next five years while maintaining stability, sustainability and autonomy for the Plan.

This agreement freezes contribution rate increases for active members and employers for the next five years, except in exceptional circumstances. In the event of a funding shortfall during this time, the Plan would be required to reduce future benefits. All benefits being paid to current retirees and those that have been already earned by active members are, and will remain, unchanged.

In return, the government has agreed that the OPSEU Pension Plan will be exempt from the proposals to pool broader public service pension plans. The agreement also allows for an extension of the regular funding valuation period so long as at least one valuation is filed during the term of the agreement.

The sponsors have agreed to freeze pension plan contribution rates for five years, except in exceptional circumstances. The freeze period runs from December 31, 2012 to December 30, 2017.

If, during the freeze period, a filed valuation identifies a funding shortfall, it will be addressed as follows:

What happens at the end of the freeze period?

At the end of the freeze period, the “Letter of Agreement” expires. In the event of a surplus, it may only be used to restore benefits that were reduced during the term of the agreement, provided that the restoration will not reduce the Plan’s funded status below 100%.

Your eligible spouse is someone of the same or opposite sex, with whom you: 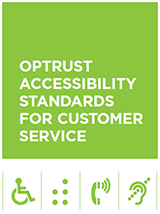 At OPTrust we strive to provide our services in a way that respects the dignity and independence of people with disabilities. We are committed to giving all persons, including those with disabilities, access to services with the same quality and timeliness.

Our Accessible Customer Service Policy outlines how OPTrust provides services that are accessible to all persons and it’s in compliance with provincial legislation. For more information, download the policy. 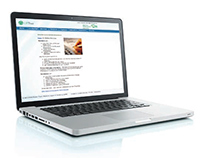 OPTrust’s secure Online Servicessite provides you with a quick and secure way to update your banking information and make changes to your income tax deductions.

Not registered yet? You will need your OPTrust ID. If you have any recent correspondence from OPTrust, your ID number will be included in the document.

Use the first six digits of your Social Insurance Number as your temporary password to register. After your registration is complete, we suggest you choose another password that you will remember easily.