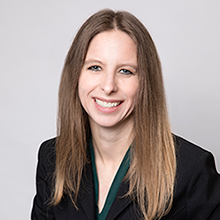 TORONTO, January 31, 2018 –The Ontario Public Service Employees Union (OPSEU) named Lindsey Burzese and Jason Glover to the Board of Trustees in January 2018.

Ms. Burzese is currently a Surface Water Specialist in Hamilton with the Ontario Ministry of the Environment and Climate Change and has over 17 years experience working in program implementation and management, information and data analysis, and regulatory roles. She has previously acted as a union steward for OPSEU Local 205 in Hamilton and has participated in a variety of committees and community organizations.

Ms. Burzese is a P. Eng. with a degree in Environmental Engineering from the University of Guelph. 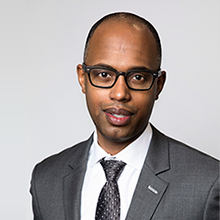 Mr. Glover has been a union steward for OPSEU Local 551 since 2009 and is a Probation and Parole Officer with the Ministry of Community Safety and Correctional Services. He has experience serving on various boards and is currently a member of the College of Electors at the University of Toronto. He was also appointed to the Social Security Tribunal of Canada from 2014 to 2016. In the past, Mr. Glover has volunteered his time with the Toronto French School and the Scarborough Hospital.

Mr. Glover holds a Bachelor of Arts degree in history from the University of Toronto.

OPTrust’s Board of Trustees has overall responsibility for the administration of the OPSEU Pension Plan and the management of the assets to ensure OPTrust can pay pensions today and preserve pensions for tomorrow to its almost 90,000 members and pensioners.

With net assets of $19 billion as of December 31, 2016, OPTrust invests and manages one of Canada's largest pension funds and administers the OPSEU Pension Plan, a defined benefit plan with almost 90,000 members and retirees. OPTrust was established to give plan members and the Government of Ontario an equal voice in the administration of the Plan and the investment of its assets through joint trusteeship. OPTrust is governed by a 10-member Board of Trustees, five of whom are appointed by OPSEU and five by the Government of Ontario.