OPTrust Board appoints President and CEO

TORONTO, April 27, 2011 - The OPSEU Pension Trust (OPTrust) Board today announced the appointment of Stephen J. Griggs to the newly-created role of President and CEO, effective June 1, 2011. In this role, Mr. Griggs will assume responsibility for leading OPTrust’s integrated administrative and investment operations. 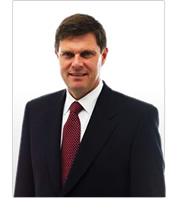 Most recently, Mr. Griggs has been serving as Executive Director of the Canadian Coalition for Good Governance, representing the interests of leading Canadian pension plans and other institutional shareholders.  He has also been Chairman at Investeco Capital Corp.

Mr. Griggs brings a wealth of leadership experience in the financial services industry to OPTrust.  He served as President and CEO of Legg Mason Canada and has been the Chief Operating Officer for two leading Canadian mutual fund companies.  Mr Griggs was a director of the Investment Funds Institute of Canada for a number of years.

“We are delighted to have someone of Stephen Griggs’s experience and calibre join OPTrust as CEO,” said Maurice Gabay, Chair of the OPTrust Board of Trustees. “Stephen’s demonstrated leadership and his commitment to excellence in governance make him an ideal person to lead the organization.”

In addition to his professional activities, Mr. Griggs is a dedicated community leader. He serves on the boards of Healthy Minds Canada, the Ontario Board of the Nature Conservancy of Canada, The Ojibway Historical Preservation Society and the St. Patrick’s Benevolent Society of Toronto.

With assets of $13 billion, the OPSEU Pension Trust (OPTrust) invests and manages one of Canada’s largest pension funds and administers the OPSEU Pension Plan, a defined benefit plan with approximately 82,000 members and retirees. OPTrust was established to give plan members and the Government of Ontario an equal voice in the administration of the Plan and the investment of its assets, through joint trusteeship. OPTrust is governed by a 10-member Board of Trustees, five of whom are appointed by OPSEU and five by the Government of Ontario.